After leaving Tiverton Town at the end of the season, Parkway are delighted to announce that Austen Booth has signed for Parkway ahead of the 2022/23 season 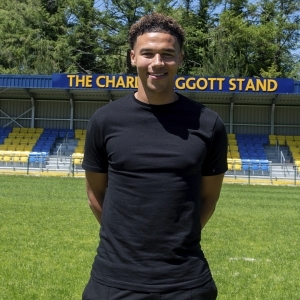 A delighted Lee Hobbs would have his say on Austen after capturing his signature: “Austen Booth some of you may remember he was with us when I first came to club, obviously a lot has changed at PPFC since then but so has a lot changed with Austen.”

He has become an experienced player at this level having played for the likes of Truro and Tiverton and will bring real presence and athleticism to the team and is also very versatile which adds another dynamic to his game.”

We are delighted to welcome Austen to Bolitho and wish him every success ahead of the 2022/23 season.