When Alan Horswell passed away at the age of 83 the club lost a true yellow, virtually a one club man for over thirty years. Alan was not only a follower of local football, but was a keen player himself back in the days, as they say.

He played for a local side called called Cardinal Utd. He holds the record of appearances for them having been with them for some 23 years without a break.

In his early days he was also keen on cycling, he belonged to a club and again won many medals and held records over long distances. 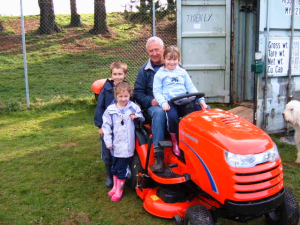 Records seem to be a speciality of Alan, as at one period of time whilst following Parkway, there was an article in the ‘Indy’ re the fact that Alan had gone some eight years following parkway and had not missed a home or away match.

In 2004 when the club moved to Manadon, Alan became the groundsman, looked after the pitch then with an old ‘ride on’ and helped Charlie Baggot doing the work around the ground. Alan regarded himself as Charlies apprentice. They were responsible for building the stand near the dugouts, all their own work. 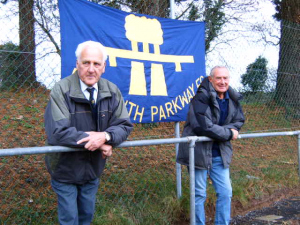 His grand children came to the ground in school holidays and he loved giving them little tasks to do, they enjoyed it as well.

He was a quiet man, rarely outspoken about others, a devoted husband to Eleanor, dearly loved by his children and grandchildren, was a massive part of the history of parkway.

The funeral service will take place at Weston Mill this Friday (15th) at 12:15 – club scarves are welcome if possible. After the service, it will be back to Bolitho Park and The Full Time clubhouse.