Street smarts needed as Parkway head to The Tannery

Street smarts needed as Parkway head to The Tannery 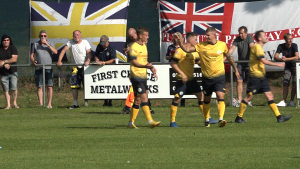 With the flurry of FA Cup activity put to bed for another year as Parkway bowed out of the competition on the weekend, its time for the club to again refocus on their ultimate goal – The Toolstation Western League.

The FA Cup came and went in the blink of an eye and it was a timely reminder that Lee Hobbs and his players can certainly mix it with higher league opposition as Merthyr Town and Paulton Rovers would testify. To do that, a gruelling season lies ahead in the dogged Western League and to gain promotion from this step five level of the footballing pyramid, could prove the biggest test of all for Hobbs’ men. 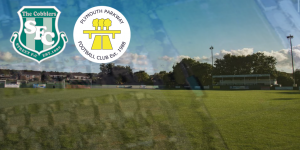 Before defeat in the Cup on the weekend, Parkway suffered their first league defeat seven days earlier when they were toppled 2-0 by Bridgwater Town at Fairfax Park, an early season reminder of the perils of this league if you don’t play to your potential. Wednesday will give Hobbs and his players the chance to put that result behind them as they head to The Tannery to face Street, which is followed by another league game three days later as the club welcome Odd Down (Bath) to Bolitho Park.

Every week will have its own significance if Parkway are to be contenders come the end of the season but the possibility of six points in three days would set up September nicely as a trip to the WDS Stadium to face Bitton looms large. The Tannery won’t be easy though, especially on a cold and wet Wednesdays night! Despite Street’s voluntary resignation from the Southern League last season, they will be looking for revenge after Parkway knocked them out of the FA Cup this time last season. The Cobblers have enjoyed a steady start to this seasons campaign but involvement in Cup competitions has meant Richard Fey’s men have only played three times in the league and currently sit 12th. Defeat to Shepton Mallet on the opening day was followed by victories over Keynsham Town and Wellington with Kameron Andrews and Kyle Strange bagging five goals apiece. It will be a big night for both clubs to try and gain momentum as a pivotal September awaits.

With Street amongst the goals, Parkway will also look to ignite their fire power in front of goal on Wednesday evening after failing to find the net in their past two games. If their last outing at The Tannery is anything to go by this might prove the perfect place, as the performance last season on The Cobblers home turf was arguably the best they produced all season.

It will be another quick turnaround for The Yellows as three days later Odd Down arrive in town as Hobbs and his side will again aim for maximum points. Early pace setters Bitton and Bradford’s next league fixture isn’t till the 21st and the Bolitho outfit will see this as the perfect opportunity to put a mini gap of points together before they face Bitton at the end of September, whilst Bradford await at the end of November.