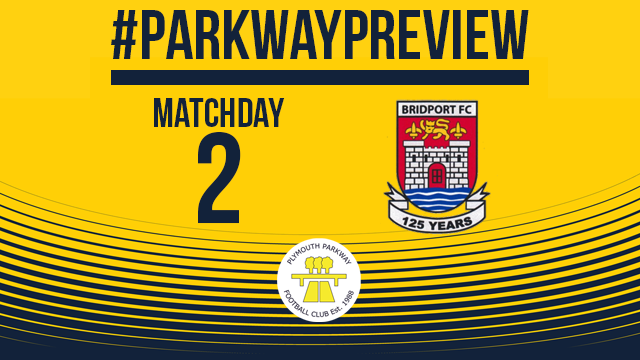 The Bees of Bridport

First away trip of the season for the squad.

The FA Cup win over Buckland now seems a long time ago but preparation has been well underway for the trip to St Mary’s Field on Saturday, as the club prepare for their first away league fixture of the season against Bridport FC

We have a preview from the dugout to help you best prepare for the weekends fixture:

We travel to Bridport for our first away league game of the season looking to build on our encouraging start to the season. Hopefully we won’t have the same issues with road closures and diversions as we did last season which meant that we didn’t arrive at the ground until 2.15 thereby disrupting our normal pre match preparations.

Like most sides, Bridport have seen a few comings and goings in the close season so some of their players will be familiar to us and others won’t. Bridport finished 13th in the league last season winning 13, drawing 5 and losing 20 and on our visit last November we managed a hard fought 2-0 victory with an early goal from Jordan Annear and a second half effort from Mikey Williams along with an important penalty save from Kyle Moore in the second half.

We then completed the double with a narrow 2-1 home victory in March with goals from Sam Hilson and Jordan Trott. Both games were closely contested and we expect this one to be no different.  Bridport have lost their first 2 games, both away, going down 4-1 at newly promoted Exmouth Town in the league and only being narrowly defeated in the FA Cup 2-1 last Saturday at Bitton who are among the favourites for the league title.

Despite those 2 results, we cannot afford to be complacent as we all consider the first 10 or so games of the season to be very important as we look to establish a platform from which we can build as the season progresses.

If you are not travelling with the squad, you can keep updated on match events from our twitter account where we will keep the Parkway faithful updated of news, scores and of course, the all important result.

If you are travelling, we look forward to seeing you all on Saturday.

Follow Bridport by-pass in any direction to the Crown Inn roundabout. Take exit to town centre, at first set of traffic lights (Morrisons) turn left. Ground is 200 yards on right.

What you need to know about Bridport FC

The club was established on 7 October 1885. In 1896 they became founder members of the Dorset League. However, after finishing bottom of the league in 1897–98 the club left the league. They subsequently returned in 1906–07, but left after finishing bottom again.  The club went on to play in the South Dorset and West Dorset leagues, before joining the Perry Street & District League   They were league champions in 1912–13, 1922–23 and 1931–32.

In 1957 Bridport were founder members of the Dorset Combination. They won the League Cup in the league’s inaugural season, beating 15th RASC in the final, and retained the trophy the following season, defeating the same opponents. The club were league runners-up in 1959–60, and after finishing as runners-up the following season (also losing in the League Cup final to Dorchester Town reserves),  they moved up to the Western League.  The club won the league’s Challenge Cup in 1970–71 and again in 1972–73.  When the Western League gained a second division in 1976, Bridport were placed in the Premier Division.  They won the Challenge Cup for a third time in 1977–78.

Midway through the 1983–84 season Bridport resigned from the Western League, with the reserves (playing in the Dorset Combination) becoming the first team.  They were Dorset Combination champions in 1985–86, and after retaining the league title and winning the League Cup for the next two seasons,  as well as winning the Dorset Senior Cup in 1987–88,  the club were promoted to Division One of the Western League. In 1993–94 they were Division One runners-up, earning promotion to the Premier Division.  The club were relegated back to Division One at the end of the 2004–05 season, although they did win the Dorset Senior Cup again.  They were promoted to the Premier Division in 2010–11 after finishing third in Division One